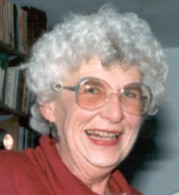 On 16 September 1991 33 singers met in a cold church for their first rehearsal. They arrived in response to an invitation from David Burrowes to form a new choir, whose name was to honour the memory of Barbara Walton - a wonderful musician and a warm friend to many of them.

We look forward to welcoming newcomers as well as our loyal supporters to our concerts in widespread locations throughout the forthcoming months. Have a look at the programme for this year to find out what's coming next.

The choir's reputation is founded on a range of performances, from simple Christmas carols to great choral masterpieces, including music from the sixteenth century to the present day.

During the last years it has presented concerts featuring internationally known artists including Rita Cullis, James Bowman and Crispian Steel-Perkins.

It has promoted and performed many young musicians' works during its sponsoring of the "Mozart Millennium Project", which has also brought original works to public presentation from its Deputy Musical Director, Michael Lambert.

Michael has also used poems written by one of our members as texts for some of his own musical works. Ron Scholes wrote "The Dales", and these original compositions have been performed by the choir in previous seasons.

(Not too many apologies for the pun - quite intentional, you may be sure)
Some independent members of our audiences have been kind enough, over the years, to share accounts of their experiences at our concerts.